The Men, the Meaning, the Message of the Books 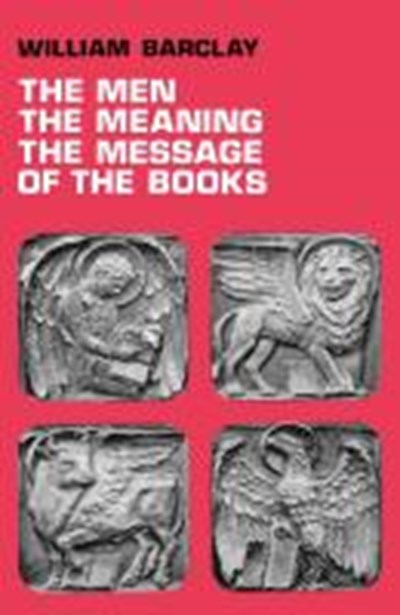 The Men, the Meaning, the Message of the Books

Join now Find out more
Publisher: St Andrew Press
ISBN: 9780715202548
Number of Pages: 158
Published: 14/05/2012
Width: 12.9 cm
Height: 19.8 cm
Description Author Information Reviews
In twenty-two short chapters, William Barclay here takes a quick but comprehensive look at the whole New Testament. His aim is to encourage us to read again, or to read for the first time, the New Testament itself. We are invited to stand back and regard it as a whole and not simply as a collection of texts. In the face of all its variety we are left with the following questions. In all the variety is there something basic? Is there a dominant and unchanging theme? A constant, which gives the diversity a unity ? Dr Barclay maintains that the New Testament is all the time saying three things. First, that God exists and is the creator who is still intimately concerned for all his creatures. Second, that despite this, something has gone wrong with the relationship between man and God ; man has used his free-will to go his own way rather than God's. Third, it is Jesus who puts the relationship right, either because he is the perfect sacrifice, or because his life and death are an irresistible demonstration of the love of God. The New Testament sets forth man's dilemma and God's remedy for it. These studies were first published as a series of monthly articles in the Church of Scotland magazine, Life and Work. They are now collected in one volume, with the addition of a concluding chapter.