People and Places in the Story of the Scottish Church 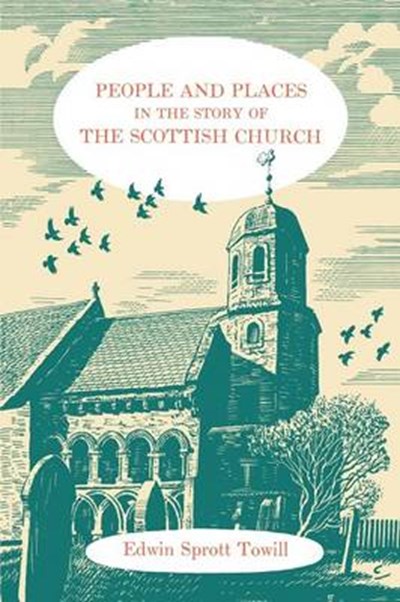 People and Places in the Story of the Scottish Church

Join now Find out more
Publisher: Saint Andrew Press
ISBN: 9780715203224
Published: 19/07/2012
Description Author Information Reviews
In handy alphabetical order, notes are presented on over 180 selected people and places of interest and importance in the long and fascinating story of the Church in all its forms in Scotland. In addition, over 460 cross-references are provided to assist in tracing connected names and sites. This is neither a biographical dictionary nor a religious gazetteer. The author has made his own wide choice of subjects, on which he then gives his impressions and comments, the result of careful research on the people and of personal visits to most of the places mentioned. The choice concentrates not on the best-known figures or most-visited places but rather on those which, though significant, tend to be passed over in popular histories and guidebooks, covering not only the Catholic and Protestant streams of the Church but also some strange and lesser-known sects. The book is intended for readers wanting to learn about the ecclesiastical institutions in their locality, for visitors eager to uncover some of the romance of Scottish church history, and not least for teachers and students whose projects in environmental studies will be incomplete unless they include the church buildings and religious monuments of the country. All who use these notes should find in them a little about the highways and quite a lot about the byways of Scottish life as it related to the things of the spirit. Mr Towill's easy-to-use compilation is the first of its kind on this subject, with an approach wide enough to be of interes't and value to a great variety of readers, regard less of denomination or religious faith. A chronological index of people and a geographical index of places are provided, plus a section on bibliography and sources, and the whole work is further enhanced by Colin Gibson's fine drawings.