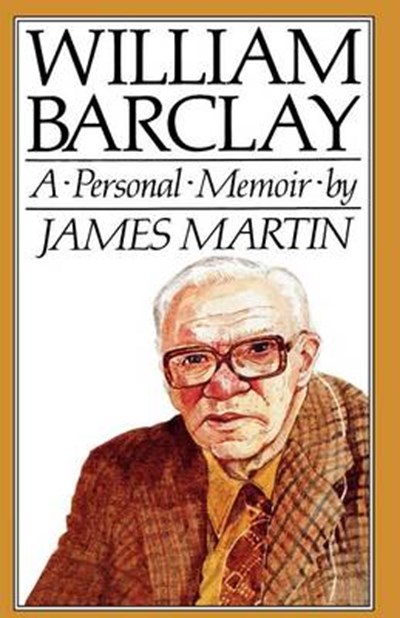 Join now Find out more
Publisher: Saint Andrew Press
ISBN: 9780715205792
Number of Pages: 106
Published: 19/07/2012
Width: 12.9 cm
Height: 19.8 cm
Description Author Information Reviews
This book is a refreshing antidote to weighty tomes attempting to list every detail of the life of William Barclay. Here we glimpse the real man as he was known by his close friends. A man whose self-confessed aim was to destroy the theological gobbledegook so prevalent in Christian circles, and make the Gospel message clear and relevant to the ordinary man and woman. We see a full and-active life tinged with joy and sometimes sorrow, but always characterised by that great love and enjoyment of people that made him such a popular figure. This is truly a 'personal memoir' of a great man. James Martin was a close friend of William Barclay for over 25 years. Born in Motherwell, he attended the same school as Barclay, Dalziel High, and went on to graduate MA, BD from the University of Glasgow. He has been minister of High Carntyne Church in Glasgow since 1954, and received an honorary DD from the University of Glasgow in 1983. His publications include A Plain Man in the Holy Land and Listening to the Bible.