The Day That Changed Scotland Forever - Captured on Canvas 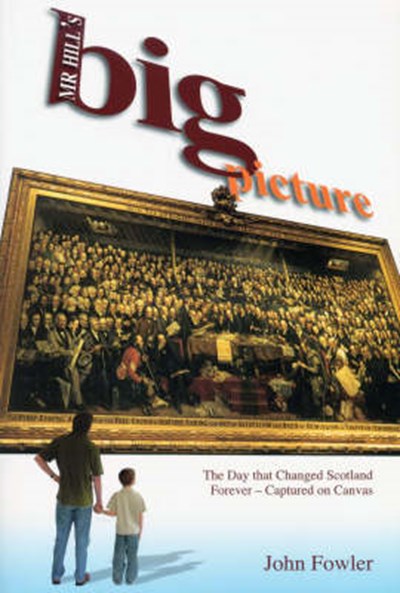 The Day That Changed Scotland Forever - Captured on Canvas

Sorry, this item is out of print.

Join now Find out more
Publisher: Saint Andrew Press
ISBN: 9780715208236
Number of Pages: 216
Published: 30/04/2006
Width: 15.5 cm
Height: 23.4 cm
Description Author Information Reviews
A `snapshot' of the single most important moment in 19th-century Scottish history. This book is based on an extraordinary painting by David Octavius Hill of the Disruption - a now half-forgotten schism in the Church that was so divisive in Scottish society and so explosive that it shaped Scotland as we know it today. It involved all the `movers and shakers' of the 19th century. It was a watershed in Scottish history. The `big picture' depicts individuals present in amazing detail, and the personal stories of many of them are enthrallingly told in the book. The painting took 20 years to finish, using the fledgling techniques of photography for reference. The pacy, enthralling style of the book captures the stories of real lives at this dramatic time - when religion was the anchor of most people - in a way that is totally absorbing. This is a must-read for anyone interested in Scotland or in the pioneering methods used by the artist.

John Fowler is one of Scotland's most highly regarded journalists, with a long career writing for The Herald and other newspapers.

"a comprehensive and highly readable account ... We learn much about the times, the context both political and religious, and particularly the struggles to establish the new Free Kirk. A great yarn with plenty of dramatic and often very touching moments." -- Studies in Photography, 2006 "I recommend this book and hope it encourages its readers to explore further the rich literature of the nineteenth century." -- Iain D. Gill, The Monthly Record