The Story of the Scottish Press 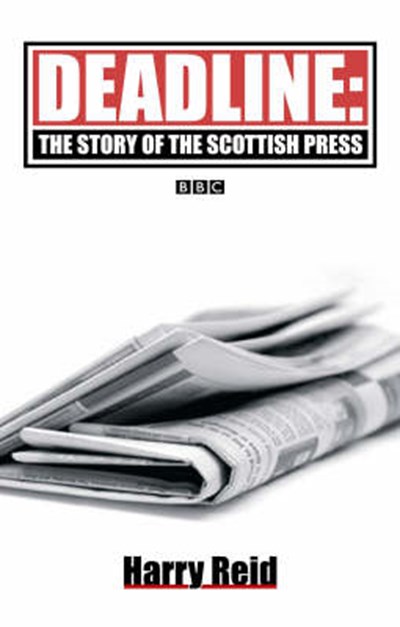 The Story of the Scottish Press

Deadline: A History of the Scottish Press covers the scoops, the rivalries, the larger-than-life characters, politics, religion, sport, and much much more. It reveals the story behind the stories.

The newspaper business is an adrenaline rush from start to finish. Scotland has its own media environment, a journalistic village where everyone knows each other and is engaged in an exuberant battle that has been raging for over half a century.

Harry Reid is a former editor of The Herald. He holds honorary doctorates from the Universities of Edinburgh and Glasgow for his services to journalism and is a life vice-president of the journalists' charity, the Newspaper Press Fund.

'Readers from the South, no less than from the North, will be fascinated by the media frenzy regarding the voting rights of Scottish MPs on purely English matters, which reverberates through British politics today. Reid's analysis will be a future quarry for those who wonder how on earth Scotland could be on the brink of divorce from the UK.' -- Tam Dalyell * The Oldie *

'...a superbly written, engaging and sometimes hilarious memoir of the profession.' -- Rosemary Goring * The Herald *

`Written with verve and spirit, this is a fascinating account of an important subject.'* Sunday Herald*

`Deadline, Harry Reid's history of the Scottish press, is not only an enlightening read on the subject but it's a fund of hilarious anecdotes too.' -- Book Worm

* The Scotsman * 'A must-read for understanding the Scottish press - Harry Reid tells the story, warts and all, with panache, rare insight and authority.' -- Prof. Tom Devine