Reith of the BBC 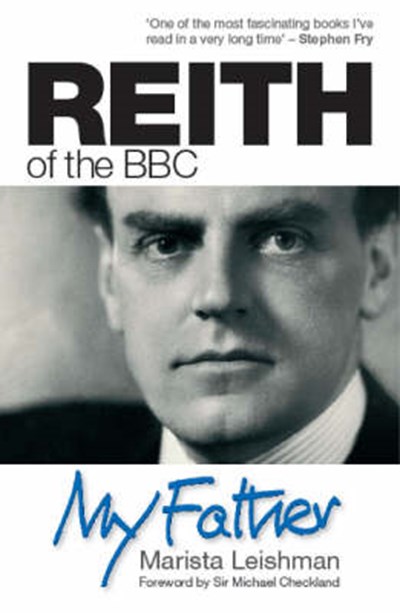 Reith of the BBC

This item will be dispatched within 10 working days.

Join now Find out more
Publisher: Saint Andrew Press
ISBN: 9780715208571
Number of Pages: 360
Published: 15/09/2008
Width: 12.6 cm
Height: 19.8 cm
Description Author Information Reviews
This is the extraordinary story of a remarkable man. Lord Reith built the worldwide institution that is the British Broadcasting Corporation. His remarkable life was tension-filled, from the frontline of the First World War, to the corridors of Broadcasting House, titanic clashes with Winston Churchill to the abdication of a king. Along the way, he was also High Commissioner to the General Assembly. Reith's daughter, Marista Leishman, reveals the truth behind the legend in this highly acclaimed book.

Marista Leishman grew up in the dramatic and awkward household of Sir John Reith. She attended a rigorous boarding school and then St Andrews University.

'...a sensational book.' -- Andrew Marr '...one of the most fascinating books I've read in a very long time ... Reith emerges as one of the most extraordinary figures of the twentieth century.' -- Stephen Fry '...a fascinating insight into the character and personality of the first Director General and the mad, early days of the BBC. She manages to inform, educate and entertain. Like father, like daughter, I guess!' -- Jenni Murray 'Reith's long shadow sometimes seems impenetrable. This casts some welcome new light on him.' -- James Naughtie